Troy Kenneth Aikman (born November 21, 1966) is an American former professional football player who was a quarterback for the Dallas Cowboys in the National Football League (NFL). The first overall pick of the 1989 NFL Draft, Aikman played 12 consecutive seasons as the starting quarterback with the Cowboys, the most number of seasons by any Cowboy quarterback. During his career he was a six-time Pro Bowl selection, led the team to three Super Bowl victories, and was the MVP of Super Bowl XXVII. Aikman was elected to the Pro Football Hall of Fame in 2006 and to the College Football Hall of Fame on December 9, 2008 in New York City.

Currently he works as a television sportscaster for the Fox network. He was also a former joint owner of the NASCAR Sprint Cup Series racing team Hall of Fame Racing along with fellow former Cowboys quarterback Roger Staubach, and was a part-owner of the San Diego Padres.

Aikman was born on November 21, 1966. He spent the first part of his childhood in Cerritos, California. At the age of 12, Aikman’s family moved to Henryetta, Oklahoma, where he played football at Henryetta High School, where he would earn All-State honors. Aikman also won the 1983 Oklahoma high school state championship in Typing.

The New York Mets offered Aikman a contract out of high school, but instead of playing baseball he chose to pursue football and attended the University of Oklahoma under head coach Barry Switzer.

In 1984, he became the first freshman to start at quarterback for Oklahoma since World War II. In 1985, his first full season as a collegiate starter, Aikman led the Sooners to victories over Minnesota, Kansas State, and #17 Texas in the Red River Shootout before losing to the Miami Hurricanes as he left the game with a broken leg. He also lost to his future teammate, Michael Irvin and future head coach, Jimmy Johnson, who had also scouted him when he was the head coach of Oklahoma State.

On October 19, Miami’s Jerome Brown broke through the offensive line, sacked Aikman on the Sooner 29-yard line and broke Aikman’s ankle. Aikman, who had been six of eight passing for 131 yards, would be lost for the season. Switzer and offensive coordinator Jim Donnan were forced to switch back to the wishbone offense under freshman quarterback Jamelle Holieway. The team went on to win the 1985 National Championship. With Holieway established as the starting quarterback at OU, Aikman decided to transfer to UCLA.

Barry Switzer oversaw Aikman’s transfer to UCLA, a program under Terry Donahue that was more conducive to a passing quarterback. He had to sit out one year due to college transfer rules but went on to lead the Bruins to a 20–4 record over two seasons.

As a senior, Aikman won the 1988 Davey O’Brien Award as the nation’s top quarterback, a first for UCLA. He was a Consensus All-American, the UPI West Coast Player of the Year, the Washington DC Club QB of the Year, a finalist for the 1988 AFCA «Coaches Choice» Player of the year award, and finished third in voting for the 1988 Heisman Trophy. UCLA matched the victory total from the previous season under Aikman, going 10–2 and losing only to USC and Washington State. The 1988 season culminated with a 17–3 Bruins victory over the Arkansas Razorbacks in the 1989 Cotton Bowl Classic, which was played in Dallas. The Dallas media spent most of the Cotton Bowl Classic week promoting Aikman as the «next quarterback of the Cowboys,» and much was made of Cowboys head coach Tom Landry watching Aikman practice during the Bruins’ workouts at Texas Stadium. Aikman finished his career as the number two career passing leader in UCLA history.

In 2008, Aikman was elected to the College Football Hall of Fame. On November 28, 2014, UCLA retired his #8 jersey at halftime against Stanford.

Aikman was the first overall pick in the 1989 NFL Draft, by the Dallas Cowboys. On February 25, 1989, new owner Jerry Jones fired Tom Landry and replaced him with Jimmy Johnson. A few months later, in the NFL’s supplemental draft, Johnson drafted Steve Walsh, who played for Johnson at the University of Miami. Aikman won the starting quarterback job, and Walsh was traded early in the 1990 season.

Aikman played his first NFL preseason game on August 26, 1989, against the Denver Broncos. His NFL debut started with a 28–0 loss to the New Orleans Saints. The following week, Aikman threw his first touchdown pass, a 65-yard completion to Michael Irvin, but the Atlanta Falcons intercepted two passes and won. In a game against the Arizona Cardinals, he threw for 379 yards to set an NFL rookie record.Aikman finished 1989 with a 0–11 record as a starter, completing 155 of 293 passes for 1,749 yards, 9 touchdowns and 18 interceptions.

Following Aikman’s rookie season, Dallas selected Florida Gators RB Emmitt Smith in the first round of the 1990 NFL Draft. With Smith and Irvin, Aikman led the Cowboys to a 7–7 record in the 1990 season, but was injured in the 15th game, against the Philadelphia Eagles. The Cowboys would go on to lose that game and the following week against the Atlanta Falcons with backup QB Babe Laufenberg, missing the final playoff wild card spot by one game.

In 1991, Aikman led the Cowboys to a 6–4 record in the first 10 games and had the Cowboys ahead in week 12 against undefeated Washington Redskins when he was injured. Steve Beuerlein replaced Aikman, and Dallas finished the season 5–0 and earned the #5 playoff seed. Beuerlein went on to lead the Cowboys to a road upset over the #4 seed Chicago Bears in the Wild Card round. With the Cowboys trailing 17–6 at halftime the following week against the Detroit Lions in the NFC Divisional Playoff game, Aikman was inserted to start the third quarter, but was unable to provide a spark as the Cowboys lost, 38–6. Aikman was selected to the first of six consecutive Pro Bowls.

In 1992, Aikman set career highs in completions (302), passing yards (3,445) and touchdown passes (23), and led the Cowboys to a team record 13 regular season victories and the second best record in the NFC. During the playoffs, Aikman broke Joe Montana’s record of 83 passes without an interception by throwing 89. The Cowboys defeated the Eagles at home in the Division Playoffs and squared off against the 49ers in the NFC Championship, a matchup that featured the two best teams in the NFC. The Cowboys won, 30–20, with Aikman completing two game changing completions to send the Cowboys to their first Super Bowl appearance since 1979. In Super Bowl XXVII against the Buffalo Bills, Aikman led the Cowboys to a 52–17 victory (coincidentally the game was played in his alma mater’s home stadium, the Rose Bowl). Aikman was named Super Bowl MVP after completing 22-of-30 passes for 273 yards and 4 touchdowns.

In 1993, Dallas finished 12–4, the best record in the NFC. In the playoffs, Aikman again guided Dallas to home playoff victory, this time over a young, upstart Green Bay Packers squad led by QB Brett Favre, who was in his first full season as a starting QB. Aikman then shredded the 49ers secondary in the NFC Championship 38–21, before leaving the game with a concussion after 49ers DT Dana Stubblefield’s knee hit Aikman’s head. Aikman now says he has no memory of playing in the game. In Super Bowl XXVIII, Aikman was kept out of the end zone, but a combination of key turnovers by the Bills offense and the running of Emmitt Smith helped lead to a 30–13 victory for the Cowboys.

Head coach Jimmy Johnson left the team on March 29, 1994, and Jerry Jones hired Barry Switzer, Aikman’s former college coach at Oklahoma. The Cowboys finished with the second best record in the NFC, (behind the 49ers) and Aikman again missed playing time due to injuries. Dallas won their Divisional Playoff game against Green Bay 35–9, but fell to the 49ers in the NFC Championship, 38–28.

In 1995, Aikman passed for over 3,300 yards as the Cowboys once again finished with the best record in the NFC, with the 49ers having the second best record. Aikman was knocked out of a highly anticipated rematch between Dallas and San Francisco when 49ers’ Stubblefield landed on Aikman, forcing his knee to hit the turf. After a playoff loss at home by the 49ers to the Packers, the Cowboys hosted the Packers in the NFC Championship and, for the third straight season, knocked the Packers out of the playoffs, this time by a 38–27 score, to earn their third Super Bowl appearance in four years. Dallas won Super Bowl XXX against the Pittsburgh Steelers 27–17, with Aikman throwing one touchdown pass.

In 1996, despite offensive troubles, Aikman again helped lead Dallas to another NFC East Division title and a home game for the Wild Card playoff round, a 40–15 drubbing of the Minnesota Vikings. The following week, Dallas fell in the Divisional Playoffs to Carolina, 26–17.

In 1997, Aikman became the first quarterback in Cowboys’ history to have three straight 3,000-yard seasons, but the team finished 6–10 and missed the playoffs for the first time since 1990. Switzer suffered the first losing season of his career, and resigned at the end of the season.

1998 was a rebound year for Aikman and Cowboys, and despite missing five games, Aikman again helped lead Dallas back to the NFC East title and the playoffs. Dallas was stunned at home in the Wild Card game as the #6 seed Arizona Cardinals won, 20–7.

The 1999 season started off with a bang for Aikman and the Cowboys as they squared off against the Redskins. Aikman fired a career-high five touchdown passes, including the game winner in OT to beat Washington. 1999 also marked the final playoff appearance for Aikman, and the final season the trio of Aikman, Irvin and Emmitt Smith would play together. Dallas finished 8–8 and lost in the Wild Card playoff game at Minnesota, 27–10.

The 2000 season was Aikman’s final season as a professional football player. Aikman suffered from several concussions during the season, and a revolving door at QB took place between Aikman and former Eagles QB Randall Cunningham. Aikman’s final game was at home against the Washington Redskins. He was hit by linebacker LaVar Arrington and suffered the tenth and final concussion of his career.

During the 2001 offseason, Aikman was waived a day before he was due a $70 million/7-year contract extension, and ultimately announced his retirement on April 9, after failing to find another team. He ended his career as the Cowboys’ all-time leading passer (32,942 yards). 90 of his 94 career wins were in the 1990s and were the most by any quarterback in any decade until Peyton Manning surpassed him in the 2000s with 115 wins. Presently, Aikman is third on that list, also trailing Tom Brady (122 in the 2010s).

During a late December 2013 radio interview, Aikman said the real reason he retired was due to persistent back issues he had in his final season. Aikman explained that he had back surgery in the offseason following Super Bowl XXVII with no complications but by the time he reached his final season he was constantly getting treatment for back pain. While the hit by Arrington ended his 2000 season, he claims it was the back pain and not that concussion that ended his career. In a January 2020 interview, Aikman said he wanted to sign with the San Diego Chargers after being released by the Cowboys in the 2001 offseason to play for Norv Turner, but they signed Doug Flutie instead and Aikman chose to retire. He said Andy Reid called him after Eagles’ starting quarterback Donovan McNabb suffered a broken ankle in week 11 of the 2002 season to offer him the starting position, but Aikman declined. In 2003, Aikman agreed to play for the Miami Dolphins with Turner as their offensive coordinator and began training again, but the team decided against signing him to a contract. 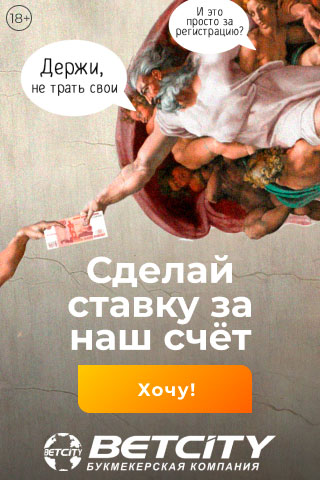